I had been thinking about replacing my 201 for a little while. Don't get me wrong, it is a great boat and I liked it a lot but it wasn't my first choice. I always wanted a 217 or a 211.

The 201 sold really quickly, got lots of calls about it and actually had backup buyers. If you keep your Hurricane well maintained and clean and price it fairly, it will sell fast!

So last Thursday I drove from MD to NC and bought it. The trailer towed nicely, no wobbles or any funny business. I put the boat in the water as soon as I got home and parked it in my slip.  So far so good. The ride on the 211 is nice enough, though it isn’t as much of an improvement as I had hoped versus the 201. The Yamaha 150 is strong. It pushed the boat to 39 mph with just me on it and 35 mph with 4 adults and 2 kids.

So here I am with my fourth boat in 5 years (third Hurricane). Hopefully this one will keep my happy for a couple of years. 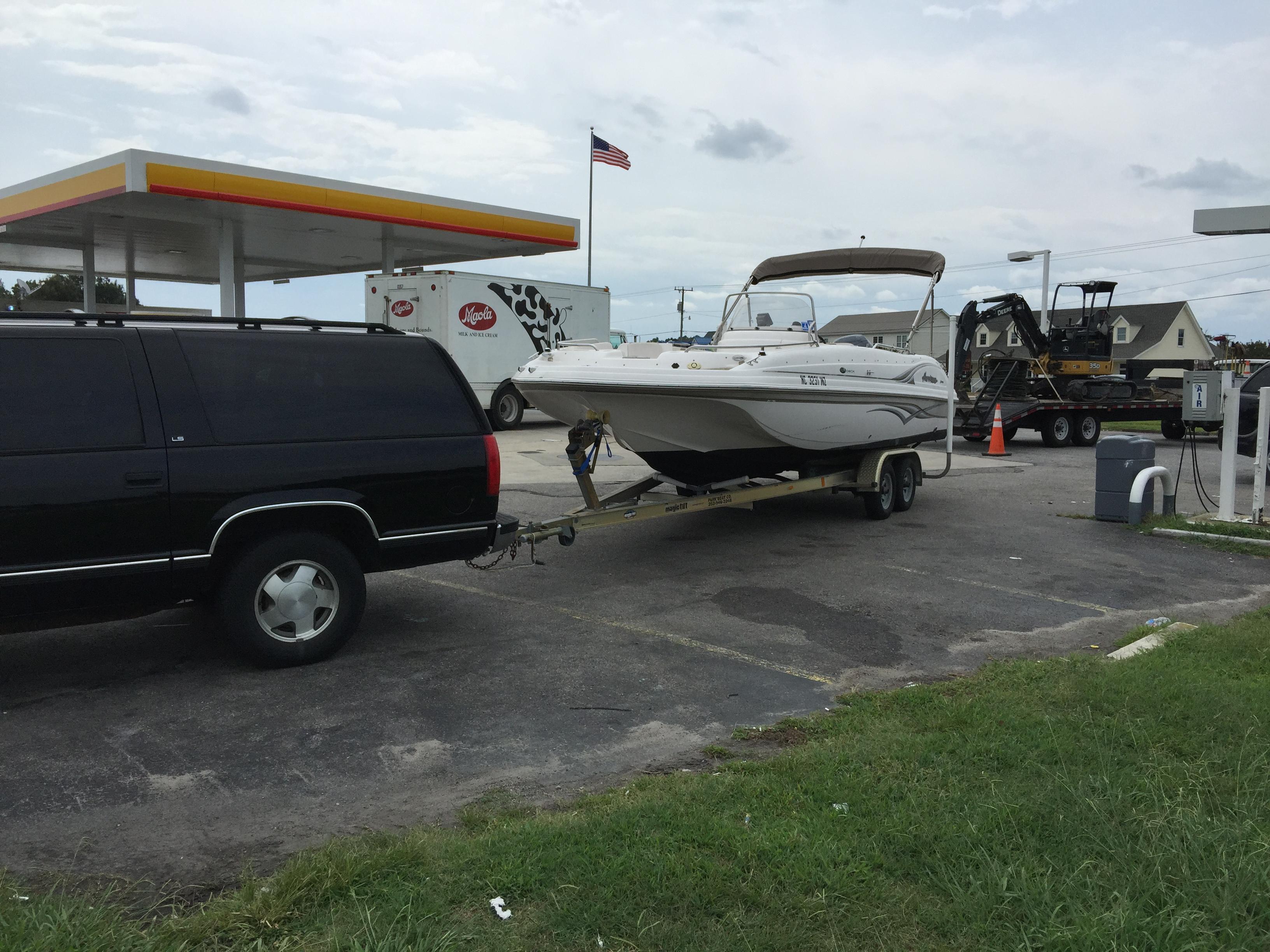